#ifmenhadperiods popped up on my twitter dash today – primarily through tweeters pointing out that there is in fact a large category of men who may indeed menstruate: trans men. Casual cissexism aside, the most popular tweets on this hashtag seem to be expressing a general frustration with the patriarchal status quo. Kraken Syllabub gets to the heart of this in a series of eloquent tweets that frame the problem not as “what if men had periods”, but “what if bodies that menstruated were – and had always been – socially privileged?”: 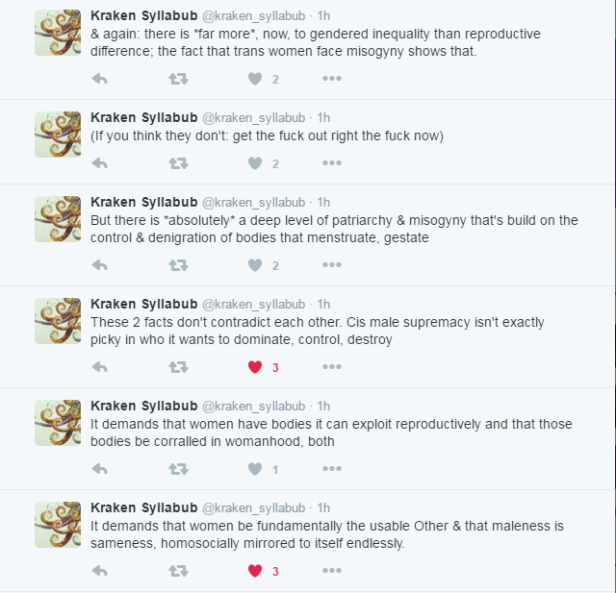 Cis (white, heterosexual) men have historically been very good at othering pretty much anyone who isn’t a man who performs masculinity in a narrowly proscribed set of ways. Which has meant women, trans people, gay people… And people of different religious and ethnic backgrounds to their own. Which got me thinking about late medieval/early modern myths of the menstruating Jewish man.

Jewish people in medieval Europe were regularly stigmatised, ghettoised, penalised and made victims of violence. While Willis Johnson has convincingly problematised the earlier scholarly conviction that medieval people routinely believed that Jewish men menstruated, by the thirteenth century Jewish people – men and women – were believed to suffer from an annual disabling bloody flux in gruesome commemoration of the crucifixion of Christ. This seems to have originated in the traditional understanding of the death of Judas; while the Vulgate states that “his middle burst and all his guts poured out”, medieval commentators came to the conclusion that his bowels came out through his anus. This grisly form of death also became associated with heretics, such as Arius, who according to the early Christian author Arator used a public toilet, down which all his intestines suddenly flowed.

Sudden, uncontrollable, bloody, defecatory death was associated with the worst sort of traitors – heretics and Jews, who had betrayed Christ. By the fourteenth century, the belief that Jewish men regularly bled from their anuses was an accepted enough part of the medical canon that it was discussed seriously at the University of Paris, where it was concluded that Jewish men had cold, wet humours, resulting in a superfluity of gross blood. Of course, medieval humoral theory also posited that women were dominated by cool, wet humours (men were as a broad category hot and dry). Now, this excessive Jewish blood was articulated as being passed through haemorrhoids – but medieval medical writers also considered a cause of haemorrhoids in women to be excessive menstrual blood. We  can see that there are not too many steps between thinking Jewish men regularly bled, to thinking Jewish men had feminised bodies, to thinking that Jewish men menstruated. It was used later in the middle ages and throughout the early modern period as a reason for seeing Jewish men as essentially unmanly, grotesque and fundamentally wicked.

So in answer to the question #whatifmenhadperiods, the answer is – if they were white Christian heterosexual men, yes, tampons would probably be free and you’d get stickers to collect in every pack of your favourite menstruating heroes. But if men who are outside the norm are perceived as having menstruating bodies, that is likely to be used as another stick to beat them with: they are grotesque because they are menstruating men; they are grotesque because menstruation means they are not men. Transphobia and antisemitism, like many other oppressions, enjoy pinning their victims between a rock and a hard place.